We were looking for the museum and rathaus (same building), standing on a street surrounded by concrete brutalist architecture of the square boxes variety. The city centre was very “modern” in the sense that it looked to all be built after the 1940s. Concrete – with bits of pebble stuck to it – seemed to be the last word in architecture. What did we expect from the town whose only claim to fame is that, being quite close to Stuttgart, it’s within driving distance of the Porsche Museum? I’d seen a list on some trip advising website (I forget the name) of “5 things to do in Sindelfingen.” By comparison, there were over 300 things to do in York, where I live, and I regularly can’t find anything to do here.

Why were we even here? After the hectic drive to Salzburg and the overstimulation from everything that amazing place had to offer, and a complete repeat of hectic drive and overstim combo courtesy of Rome, we had decided to find a town that had absolutely nothing of interest – but still had a hotel with a swimming pool. We’d both felt that, on our honeymoon, we hadn’t spent enough time in our swimwear. The next three days was supposed to fix that.

I think I have more photos of Sindelfingen than I do of Salzburg. It was awesome; a complete hidden find.

So, the morning after our first night in the delightful Hotel Berlin, another nod to “modern” (1950s) architecture, with genuine 1950s decor such as a wall to wall mirror with teak fitted nightstands, we had gone out in search of some of the things to do in Sindelfingen, mostly because it was ironic, in the unique sense of the word that brings humour to an otherwise dull situation.

The things to do in Sindelfingen had included: The “friendship fountain,” made with articulated creatures; the rathaus, the Porsche Museum, the Mercedes Factory (both of which are in Stuttgart), Breuningerland, the shopping centre, the museum, and a zebra crossing (zebrastreifen). We found the Friendship Fountain pretty much straight away.

The fountain was awesome and had these tiny little articulated (jointed) models around it:

Next, we looked for the Rathaus. It turned out to be tourist information, but we went in anyway and talked to the lady behind the counter, I asked “Wahre ist der Altes Rathaus, bitte?” and she gave me a very lengthy answer, and I don’t know if she even realised I didn’t actually speak German, we had a good long conversation, albeit a little one-sided. I did know what she roughly said – this was the rathaus, the internet kept getting it confused with the museum, the museum was in the old town and then something about opening hours. We thanked her and left. I would have liked to get a photo of one of the things in the gift shop – Monopoly: Sindelfingen Edition, but I didn’t want to offend the information lady and didn’t know how to ask in German.  The third thing to do was to see the museum. We wandered off in search of it, the picture on the internet had been spectacular and I wanted to see the building – timber framed, late medieval, couldn’t wait.

We got a bit lost at this point. Basically I saw a timber framed building and thought “that must be the museum!” and walked towards it. Then we saw this: 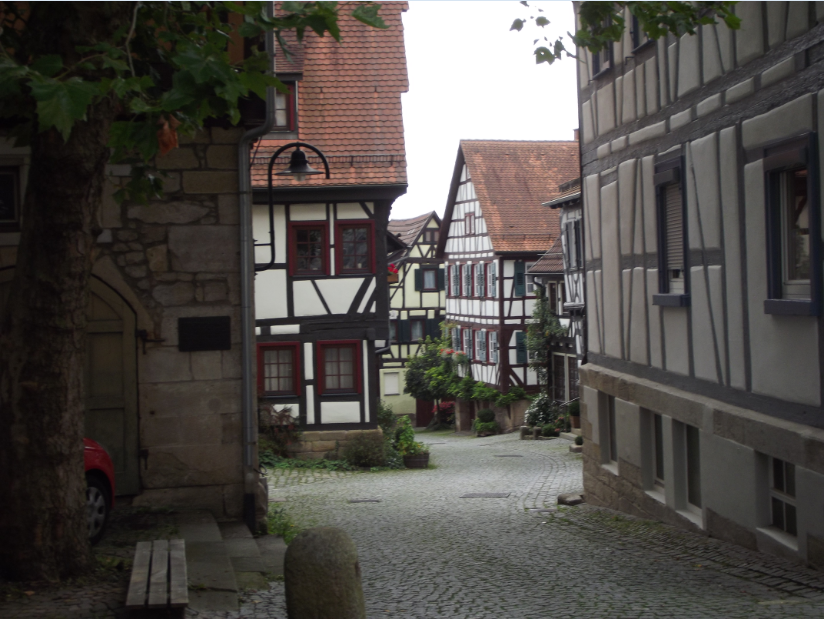 So it turns out that Sindelfingen has this huge old town full of timber framed houses and they’re all really really pretty and you can walk around them and imagine you live there.

We wasted about an hour doing this. Not one singe mention of this on the internet on the trip advice website we’d looked at when we were in Rome deciding where to go next. Apparently Sindelfingeners think the town’s zebra crossing is of more interest.  We didn’t find the zebrastreifen though so who knows maybe it’s really special. 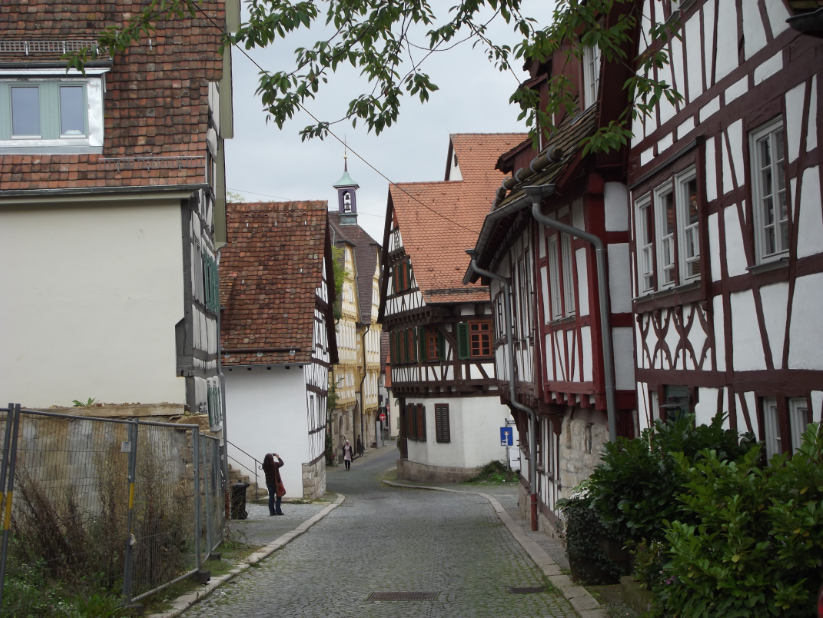 As we were about to give up on the museum, we rounded a corner and saw a building with a bell tower. Guess what it was? The Old Rathaus – A.K.A the museum. So it used to be the rathaus and now it wasn’t so everyone in Sindelfingen and all the signposts kept pointing us away from it towards the current Rathaus.

It was closed. I couldn’t actually make sense of the opening hours because there were three different sets posted on the door (in German – nobody in Sindelfingen spoke English except our hotel receptionists) so I decided that since the lights were off and the door was locked, we were out of luck. That was fine, I had really wanted to see the building itself, not the stuff inside it, that would have just been icing on the cake.

We continued to wander around Sindelfingen to take in more of the timber framed houses, stopping off at the shopping centre for some more Balea silver shampoo for me to bring home (and lunch – schnitzels and chips), then we went back to our hotel, happy that we had found the very best and unexpected thing to do in Sindelfingen, that hadn’t been mentioned anywhere, and that the museum had been pretty spectacular from the outside.