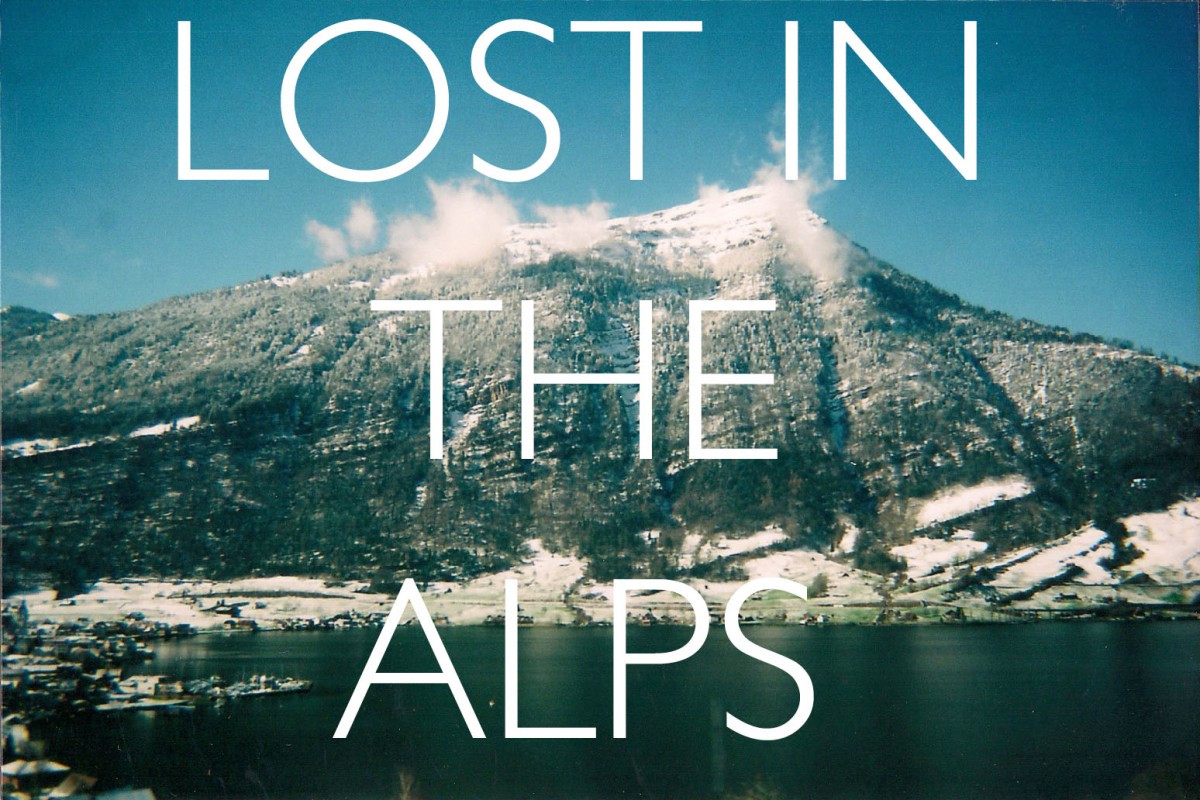 From my travel journal during my solo Interrail journey.  New to this series?  Start here.  Missed last week? It’s here.

“Where do I begin?  It’s 9:00 and I’ve already managed to do rather a lot today.  Whilst I sit in the comfy compartment of the train to Milan, let me recount the goings-on of this morning.”

I got up amazingly early at 5:25am and had checked out of the hotel in Zurich by 6:00.  At 6:20am I had found the Strassenbahn station, and I reckoned it would be a simple matter to get to the main station.  I was very wrong!  I got the S6, after asking directions, and was told I was one stop away, so I got off at the next stop.  No sooner than I had alighted the double decker train than I realized this clearly wasn’t the right station.  I got on the next train facing the same direction but it must have been the wrong direction to begin with.  Whilst I was on the wrong train, I tried to ask directions, at which point I noticed an interesting cultural aspect of Switzerland of which I hadn’t been aware.  Around Zurich, white people predominantly speak German, with French being the predominant language of multiculturalism.  Not only that, but the white German speaking people (I asked several of them across two floors and 2 carriages) were quite rude to me, and I was surprised about that because in Das Capital everyone I’d spoken to so far had been so nice!  I finally found a friendly couple from Senegal who were on their way to work.  I asked them if this was the right train to get to Zurich Central station, and they said it definitely wasn’t.

“Hey, sorry to bother you, do you speak French please?” I asked.
“We sure do!”  The lady said.  She wore one of those striped fabric pinafore-bib type things that are the uniform of carers and cleaners the world over, and a beautiful short red (marron red) wig that meant her hair was elegantly coiffed.
“Um… is this the right train to get to Zurich Central station?”  I asked.
“No, this is the train to St Gallen.  Don’t worry, just get off at the next stop, cross the rails and get the next train back to Zurich.”  She explained.
“Thank-you.” I said.
“You want some coffee?”  The man asked.  He was decked out in a blue shirt under a black suit, and very shiny black shoes.  He clearly took very good care of his appearance.  He held out a flask cup.
I had a sip.  It was good coffee.
“Thank-you, I have been walking around this train and nobody would help me.  How come the German-Swiss are so rude?”  I asked.
“Oh, that’s because they don’t really like French speakers.  They think we’re all stealing their jobs and what not.”  She explained in a lowered voice, although this floor of the carriage was empty, and we were speaking in French in a predominantly German area.
“Stealing… their jobs??”  I was flabbergasted.
“I know, it makes no sense, right?”  The man laughed.
“Where are you from?”  The woman asked.
“England.  You?”  I asked.
“We’re from Senegal.”  The woman replied.  “But now we’re from Zurich.”  She winked.
“And you’re going to work in St Gallen?”  I asked incredulously.  It’s a hell of a commute for minimum wage.
“We do what we need to.”  The man said, as if it was nothing special.
The conversation turned to other strange things the French-Swiss said the German-Swiss believed about French speakers, then the train began to slow, I said a hasty goodbye and descended the steps to the door. There was an announcement saying the train was about to stop, then I alighted into the most silent place in the world.

As the train moved away from the platform, I stood in 6 inches of snow and wondered whether I should have stayed on the train until St Gallen and turned around there, where at least if there were no more trains for the day, there’d be a nice cup of hot chocolate at a ski lodge somewhere (or something.  I’m not really sure what’s there).

No, I was stranded at a train platform that was buried under snow halfway up a mountain, with one building next to the station, that looked like one of those water inspection buildings.  Beyond that, there was nothing but snow and curvy trees in every direction.

There wasn’t a train timetable anywhere in sight.  It was probably buried under snow.  And there wasn’t anywhere to sit.  That was probably buried under snow as well.  In fact, there was no visible roads or any route to leave this train station and get to anywhere else.  For all I knew, this could be the train station at the end of the world, it’s sole purpose seemed to be as a turning around point for lost passengers such as myself.  There was, however, a station map, which claimed I’d somehow managed to get 30 miles away from Zurich on an alpine route.  Oops.

I was alone.  The temperature was very cold.  Of course, on a journey like this, I knew I was going to be exposed to a range of temperatures, so I’d tried to pack light and dress appropriately, but then, I hadn’t expected to be stranded in the Alps.  I was wearing a pair of tights (pantyhose), a dress that finished two inches above the knee (I still have this dress), with a short sleeved shirt underneath, and a wooly cardigan over the top, and my coat. My shoes were some of those Skechers hybrid trainers/ballet flats.

My hands were starting to go numb.  I could see my own breath and there was an icy patina growing on my coat.  I started mentally cycling though the things Ray Mears says to do if you’re lost in the mountains, and cursed the fact that I didn’t bring a tarp.

After over two hours, the train finally arrived.  It almost certainly was punctual, but the frequency of trains up here meant that this was the first train that had passed in all that time.

When it finally drew up to the platform, I wondered if it was a snow-mirage, brought on by the cold, and made sure I touched the train before stepping onto it, just to make sure I wasn’t stepping off the platform into thin air.  You hear some horrible stories about things that happen to people who get stuck on the train tracks at the wrong time.

Thankfully it was real enough and it was a cross-country one, so it took me straight to the Zurich central station with none of the messing around with small, local stations.  When I got off, I sat in one of the station’s coffee shops and tried to thaw out.

I will continue recounting the rest of this travel day here because there’s a lot more that happened today, and otherwise this post will be very long.

5 thoughts on “MsAdventure Gets Lost In The Alps”