I spotted these Penguin Clothbound classics on Amazon, and I decided to take a look at them.

I’m a voracious reader. I always thought I would be the last person to embrace the new trend of eBooks. I still write some of my books on paper before I type them up, and I do all my planning on paper, too, and type that up. There’s something reassuringly solid about a nice book, with pages that can be turned. However, there’s distinct advantages to ebooks when you read in the quantity that I do. If you only have 1 chapter left, you don’t have the dilemma about whether to cram 2 books into your handbag for the day, or whether to risk having nothing to read at lunchtime. Physical books take up far too much room if you can’t afford a large house. Before I moved in with my husband, I moved around a lot, because I didn’t really have anywhere permanent to live, which meant that about once every three months, I would have to fill up a stacking crate or two with books, and carry them (I didn’t own a car) to a charity shop. I feel sad when I think of all the books I no longer have, books I liked, and would like to read again, because I simply didn’t have the space to keep them all. I still remember dragging those heavy boxes of books, my arms nearly falling off under the weight, to make sure they found a new home.

I had a very strict rule, though; if I couldn’t carry it, I couldn’t keep it. That was borne from being homeless and destitute a few too many times, because when you get somewhere to live after being homeless, especially if some charitable agency donates clothes or books to you, it’s easy to accumulate a lot of things again in a short space of time, but not necessarily the most useful or appropriate things. You feel bad about getting rid of them, though, and so I wouldn’t. Then, every time I ended up homeless again, usually because my mother hadn’t paid our rent, or she’d threatened to stab the landlord/lady who owned the place we were living in, or she’d been offensive or violent toward another resident in wherever we lived, we’d end up homeless again. And when there were so many objects, it was hard to know what to take when we had limited space and only very short amounts of time.

As an adult, then, I held fast to that rule, and because I had to move so frequently for work, I found it difficult to let the books go, but sometimes you have to make hard decisions when you haven’t quite found a place where you and things go together (shameless Breakfast at Tiffany’s reference… another book I no longer have).

Then, one day, about six and a half years ago, I found a place where I and things might go together, only my husband had already filled it all with his things and there wasn’t really any room for me and I didn’t feel it was my place to say anything. So about eighteen months later, when we had to move to a different city for teacher training, we upsized and rented an enormous house, many times the size of the one we have now. That house had about 4800 feet of floor space excluding the garages which the landlord retained. It had two kitchens, a laundry, servants’ quarters (we kept the bunny down there), and the sort of staircase with a huge sweep to it. We accumulated a lot of stuff but I was still reluctant to indiscriminately bring things into the house. I will never forget the time I came home from a long day and found that my husband had ordered eight enormous bookcases to turn one of the huge rooms of the house into a library for his 2000 books. To match, he added a handmade wooden dining table which seated twelve. I was initially apoplectic at all this unexpected furniture, but I got used to it.

This was when we had money, and prospects, and all sorts of other wonderful things (like a future). Those things have all been in extremely short supply for the last few years.

We moved to this (much smaller, but still fine for 2 people, at 600 feet square) house in late 2013 and because we were both working 14 hours a day, five days a week, we had to move overnight (we did it ourselves as we had no money for a removal van) and we literally just moved everything with no thought as to what to keep. I put in a lot of hard work clearing out our house over the last couple of years to declutter it of all the things we had accumulated when we lived in that proper house. One of my hardest tasks was to read the first three chapters of every single book in my husband’s 2000-book library to decide which ones were worth keeping. I pared it down by about 60% (and ended up reading most of the books we kept). The thing is, those 2000 books (now about 800) were all sci-fi and fantasy novels, of varying quality and noteworthiness, so we didn’t have copies of quite a few very common books, but we did have duplicates of Terry Pratchett and Douglas Adams, amongst other things. Since my husband came with such an enormous library, I haven’t felt able to buy books for myself. Ebooks came to the rescue, on that score, and before I got Kindle for PC/iPhone, I missed so many new book releases because I felt bad for adding to the unmanageable collection of books we already had.

So with all that in mind, it feels a little bit ridiculous that I recently realized the value in having a nice set of decorative novels around the house. So when I learned about the Penguin Clothbound Classics, I was very taken by the design. I took a look through the list to see which books had been clothbound, and imagine my surprise when I found they’d picked Dracula and Frankenstein.

Frankenstein is a book that made a big impression on me when I first read it at fourteen (ditch the popular version retold a thousand times in film). It’s about a construct whose story reflects the otherness and isolation of trying to live in a world which often seems as though it’s made for a different type of person. 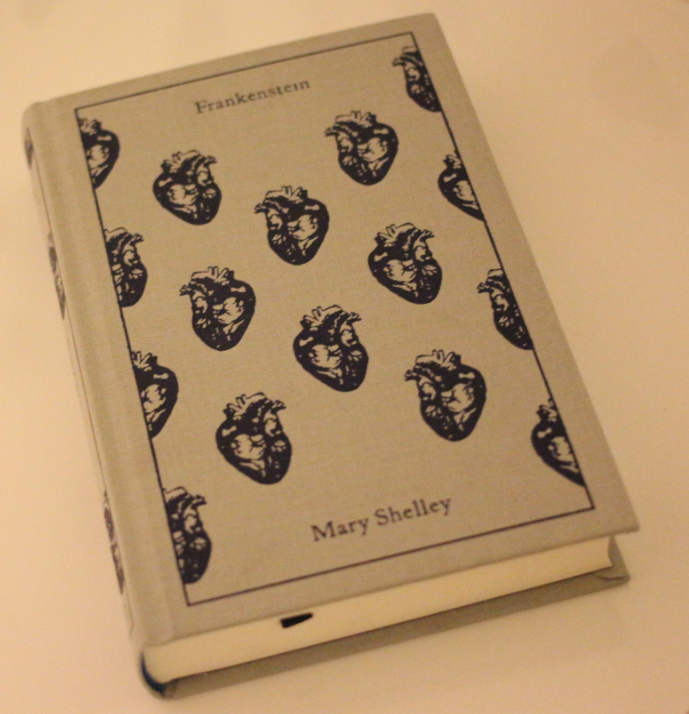 What I really love about this version is it has anatomical drawings on the cover, of hearts, but they’re not pretty puffy hearts, they’re biology diagrams of hearts. I thought that was especially appropriate for the subject matter. 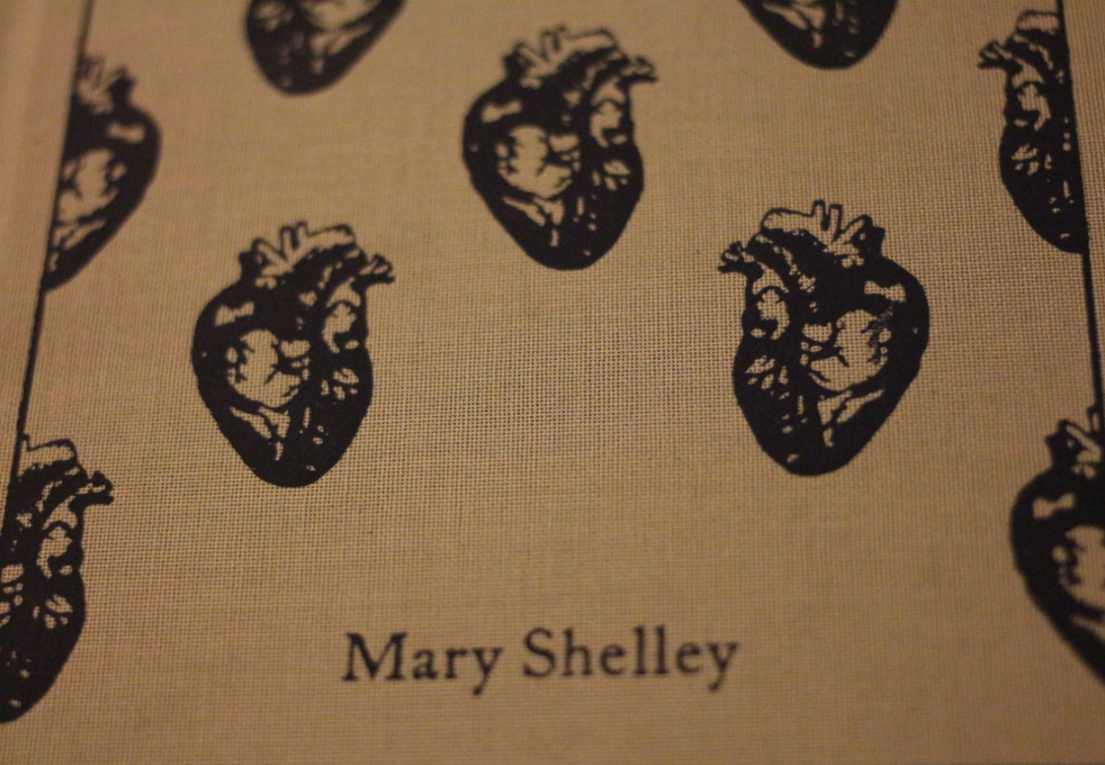 Bram Stoker’s Dracula is a story I started reading on my Kindle for iPhone about a year ago. I love that you can get free ebooks of all the great classics, but the Kindle version of Dracula that I got was really badly formatted and I gave up after about 30 pages. I think some books are better suited to being in paper form, so I’ve bought this version. The cover is all black, and while the design is not as inspired as that on the Frankenstein, I still rather liked it: 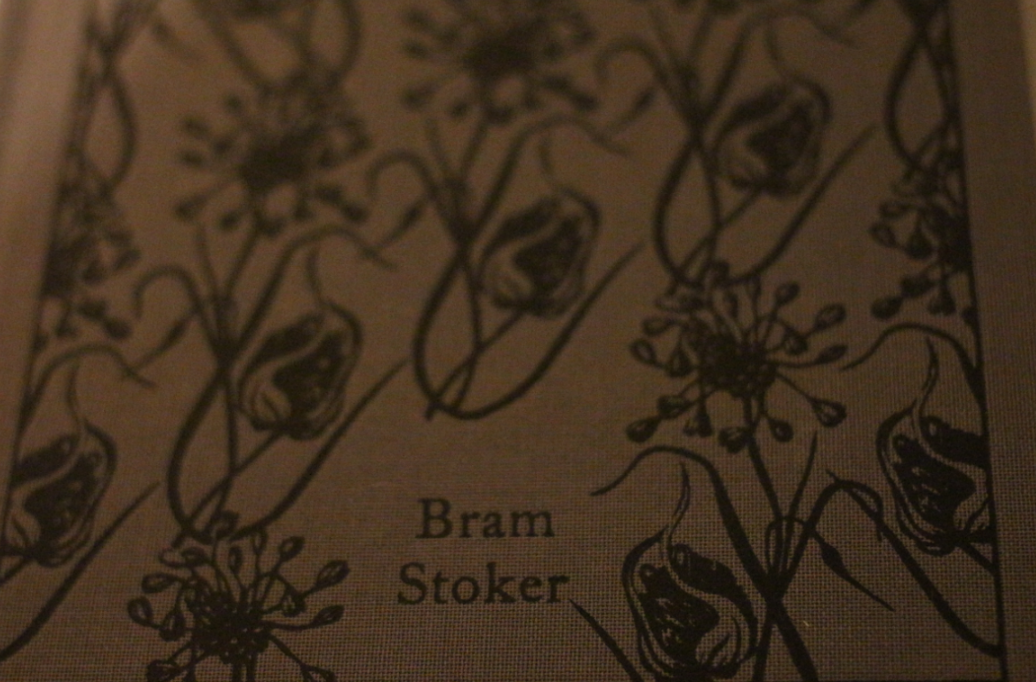 Here’s the title page inside each book: Here’s a page at random from Mary Shelley’s Frankenstein, to show the text size and layout quality: 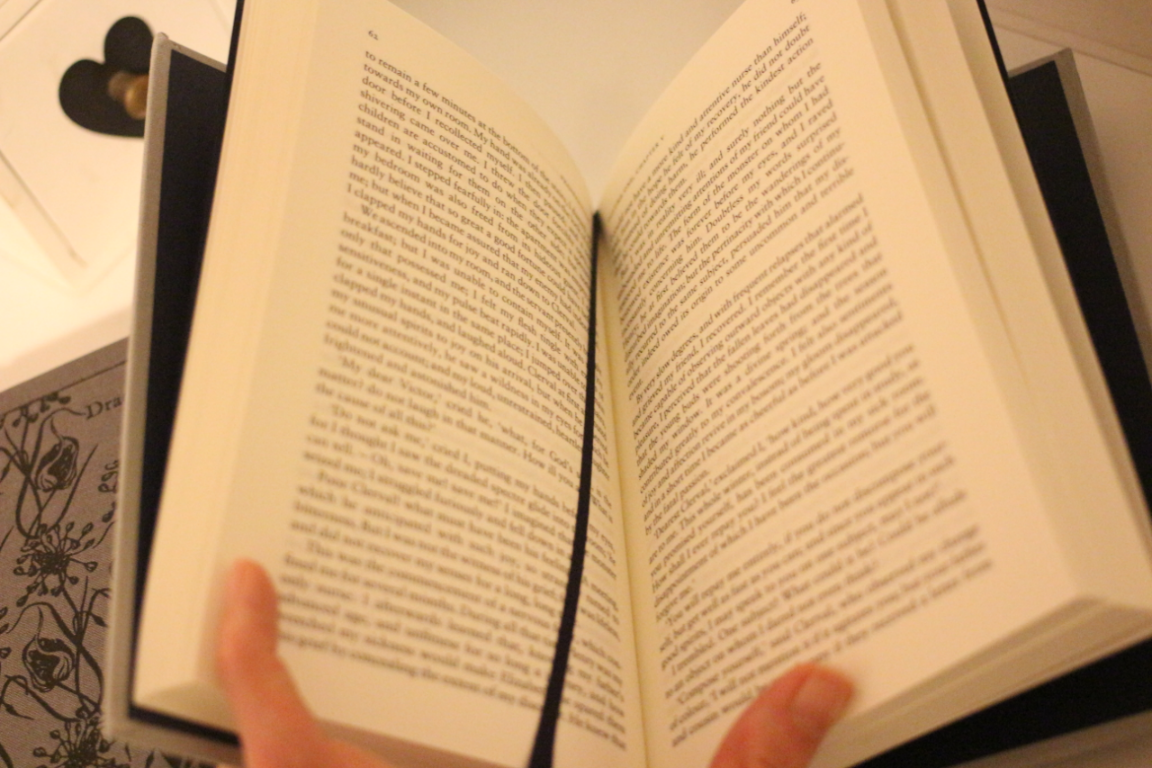 I’ve got a bunch more of these on my mental wishlist, but at £11.99-£14.99 I could only let myself have 2 this time. Perhaps I’ll have the whole set before we emigrate, which is very likely to be August now, but probably not. There’s about 40 of them all told, which is £800-£1000, and there’s no way I can spend that much money on books!! I can’t talk about where we’re emigrating at the moment because it’s all working out, for the second time in my life something is actually working the way it ought to, and I don’t want to jinx it all, but I promise I’ll tell you all before we depart.

Here’s Dracula on Amazon.com. Apparently Frankenstein is out of print in the US but it’s here on Amazon.co.uk.