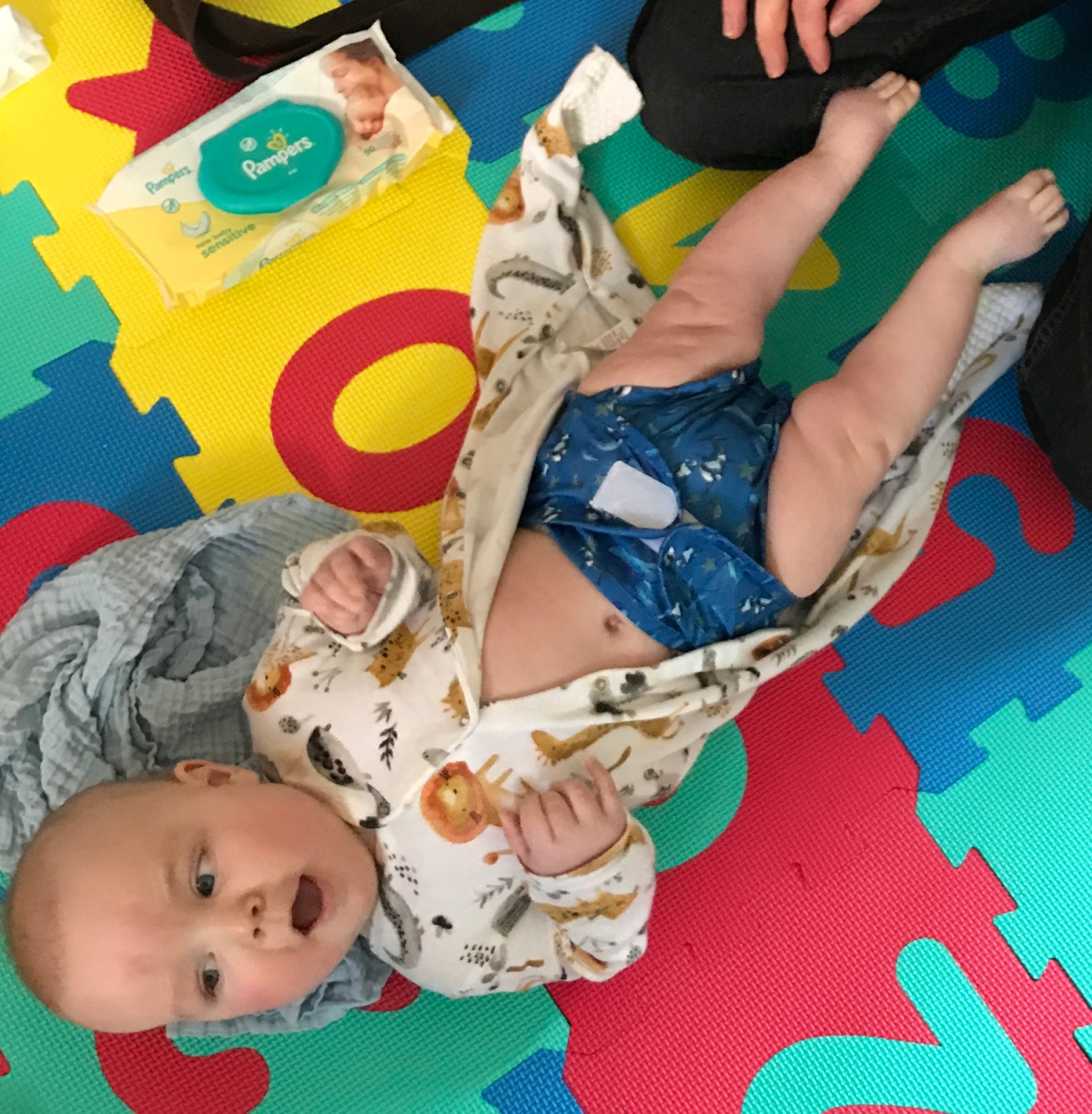 There was smoke coming from my Google Search box for a day or two.

But the first decision to make was the one I’m writing about in this article. Whether or not to make a change from disposable diapers to reusable nappies (or real nappies as they’re called in some groups).

You might have noticed it’s been hard to get nappies in the shops lately. That was basically what prompted me to go on this journey. It’s a sustainability mission, but it’s also a quest of necessity. Baby can’t use the toilet, yet, so he needs something to keep him dry.

The first thing I noticed about reusable diapers is how expensive they were. The second thing I noticed was how many brands of them were available. The choice was a little overwhelming. I’m pretty sure if I had 21 kids (and counting?) I wouldn’t have enough wet bums to try every available type of reusable nappy on the market. Like even Sue Radford couldn’t have enough kids to try them all out. Who are those Americans with a boatload of kids? The Duggets? Duggars? Duggens? Who knows. But I bet they haven’t tried all these reusable nappies either.

So anyway, let’s recap what I learned in the first few minutes of trying to find out about reusable diapers: They’re expensive and there’s a lot of choice.

Largely, they all seem to come down to two main types of nappy: There’s the two-part ones, with a white towel-looking inside part and a “wrap” that goes over it to keep baby dry, and then there’s the “all in one” types, which, against all probability, are not a one-piece nappy because they aren’t watertight so you have to put “boosters” inside them to line them. Sometimes “all in ones” are called “pocket nappies” or “pocket diapers” instead.

I was shocked at the price so I did some calculations before going any further. The average supermarket packet of size 4 nappies has 50 diapers in it. For the cheap ones, that’s about £2.99. For Pampers, it’s £9.

If you buy Pampers, for each pack of Pampers you buy, you could have bought a reusable “all in one” nappy. Two packs of Pampers is the equivalent of a two-part nappy and wrap combo.

If you buy supermarket own brand nappies, for every THREE packs you buy, you could have bought a reusable “all in one” nappy. Six packs of supermarket nappies is roughly one two-part nappy and wrap.

Then you need to consider the extra money you will spend washing them. A single wash cycle should cost between 16p and 30p in electricity. We don’t have metered water so I can’t comment on that. Laundry powder will add another 10p approximately. If you put the nappies in with a washload that was going to be cleaned anyway, you’re not really spending more money. They’re pretty small, and unless your baby has pooped, you probably don’t need to wash them separately.

I’m not going to lie. The ick factor with reusable nappies was definitely an issue. At some point I’m going to have to write an article about how I got over the ickiness of cloth diapers because it was a big deal for me and a (rare? lol) moment of growth.

But let’s look at the environmental aspect. 3 billion disposable diapers are thrown away every year. That’s 2-3% of all household waste. Like, if you put together all the old people,  childless singletons, middle-aged families with teenage kids AND parents with babies, and count ALL of their waste, diapers are 2-3% of it. And nappies are, of course, lined with plastic. Which takes gajillions of years to break down.

I never really thought about this before I had a baby. Even when I was pregnant it wasn’t something that crossed my mind. But as soon as I saw how much space those tiny plastic parcels take up in the trash, I was completely shocked.

Guys, the space those tiny plastic parcels take up… it leaves me feeling a little queasy to think about it. For several months we were fighting to fit everything in the bin. It still didn’t occur to me to use cloth nappies. Then I saw a friend’s baby photo with a beautiful cloth nappy. It looked nothing like those triangles of towel roughly pinned around my baby sister whose delicate skin was then suffocated with crinkly, noisy plastic panties.

It looked comfortable, and soft, and fresh, and… nothing at all like I imagined.

And I began to think maybe little Jellyfish might be comfortable in them. So I asked on Facebook, and was amazed at how many of my friends (literally everyone I know who has little ones) used cloth diapers. I ordered some the same day (a mix of one-part and two-parters) and they arrived a few days later.

That was two weeks ago. It has taken a bit of mental adjustment but I’ve started getting used to them now. It helped a lot that Jellyfish instantly adored his nappies and seems to find them more snuggly and comfortable than disposables. I’m not sure they would be great if we were travelling anywhere because we would have to take the cleaning bucket and find washing machines every couple of days, but for at-home use they are considerably reducing our waste. Our black bin (the trash can that takes all the non-recyclable items) is a lot less full now and that’s a really good feeling. I wish we’d bought reusables sooner.

Do you use reusable diapers? I’m going to write more about them in upcoming articles.

5 thoughts on “Should I change to reusable nappies?”