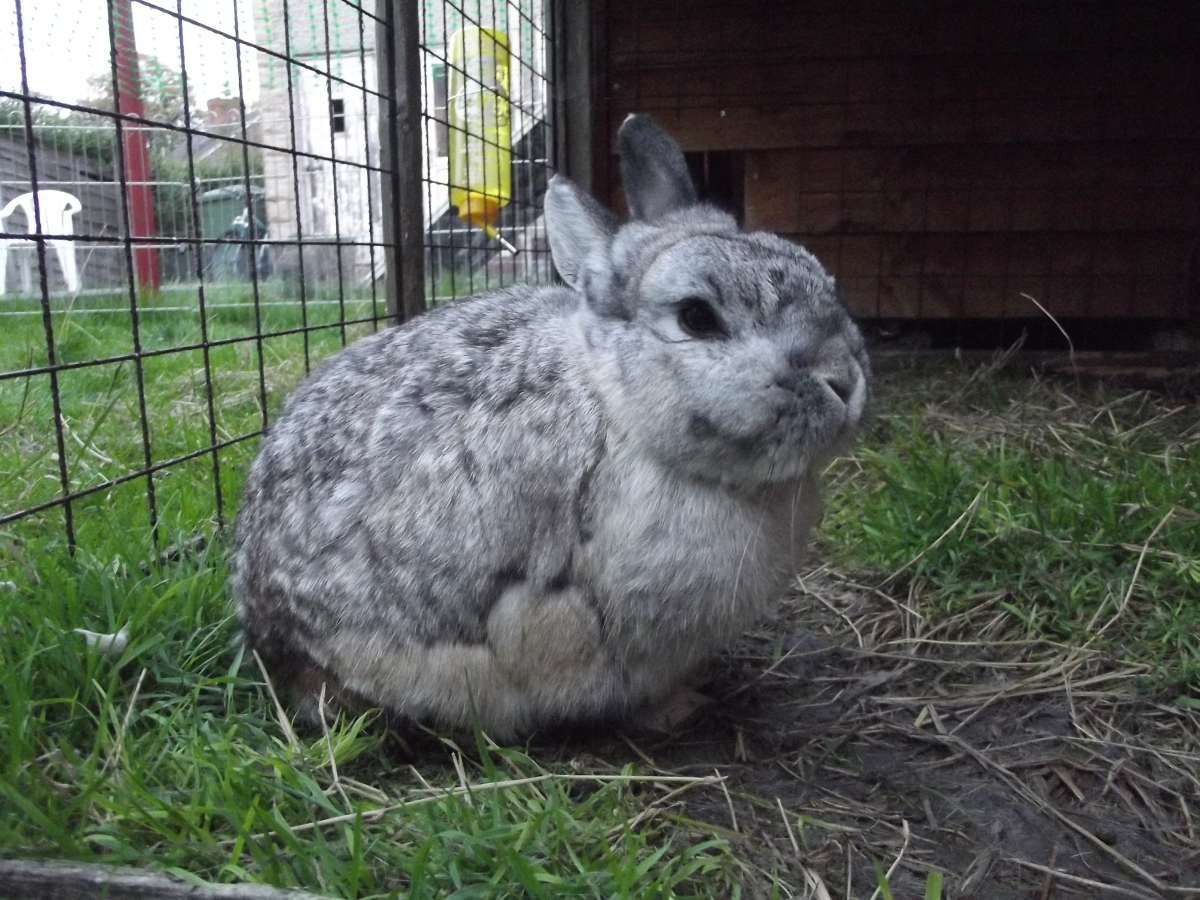 This article is about how one of our rabbits got the worst case of flystrike our vet had ever seen.

Last night, about half an hour after I posted my last article, I got called outside by my husband. One of our rabbits, Sebastian, was lying on his side in his run, his eyes looked sort of dead but he was still breathing/moving. I wasn’t quite sure what was wrong with him, I examined him as much as I could, I actually thought he’d broken his spine. There was literally nothing showing on the outside of his body at this point. I don’t have any pictures of how we found him because I wrapped him in a towel, phoned the vet, and, upon realizing we had no car and that no taxi in the universe was going to take a sick rabbit to a vet, I ran the 2 miles to the vet, carrying the bunny in my arms wrapped in the towel, trying my best to hold him gently, with my husband alongside, carrying the rabbit carry case (because the angle the rabbit was found at, he wouldn’t actually go in our extra large carry case which is actually for my Jack Russell terrier, even though Sebastian is a Netherland Dwarf, the smallest pet bunny breed).

When I got to the vet, they were fantastic.  They literally threw out a woman mid-consult so they could take in our rabbit (I apologized profusely to her) and they got him straight to the medical area in the back.

Exhausted from the run, I went to the Spar next to the vet’s to get a coca cola, because I needed some liquid sugary crap in my system. When I got back to the waiting area, they called us straight through.

Sebastian had the worst case of fly strike the vet had ever seen in her decade or more of clinical practice. He had to be put to sleep immediately, and we held him and my husband stroked his nose (I wanted to as well, but he only had a tiny nose and my husband has large hands) while the vet did it there and then.

Fly strike is where a fly lays eggs under the surface of the bunny’s skin and they hatch into maggots that eat the rabbit alive. I don’t know if it’s a particular species of fly that does it, because I’ve always been a little confused on the fact that maggots are only suposed to eat dead flesh, but Sebastian was the first fly strike bunny we’ve had, and I saw the evidence. When the vet opened his back legs, I could see that the flies had eaten half his internal organs.

I had been checking the rabbits about twice a week (as well as obviously going out to spend time with them daily, and so was my husband), but I now know that’s not often enough. It took less than 6 hours for this to happen, for our bunny to go from his usual self to near death.  The vet said it can take under 24 hours from the eggs being laid to the rabbit being eaten alive by maggots. And that’s basically what happened.

The photos that follow show you what fly strike looks like at its worst. They are very graphic. I purposely put the featured image of a less awful picture so I didn’t upset people. I didn’t take many pictures because we needed to bury him quickly, but I wanted to share this so that people know how bad fly strike can get.

This was my pet bunny, and it could be yours:

We showed him briefly to Fifer and Poppy, who were his (non-bonded) friends, but we couldn’t leave him with them because the vet couldn’t get the maggots out, and we had to bury him in the ground as quickly as possible, in the towel we took him to the vets in (because it had to be chucked anyway).

Sebastian lived to be 11 years and 5 months of age.  I always hoped he’d go in his sleep.